this is how school feels right now

amazing post about children and risk by jeff johnson

Jenny Cable at Let the Children Play let me know via twitter about this amazing post by Jeff Johnson over on his blog, about children and risk and how they need it. Super great, and perfectly relevant to my own studies. Awesomeness. Thanks Jeff, and thanks Jenny! Check it out!

Nerd Out!
Posted by Noah at 9:45 AM No comments: Links to this post

dearest all y'all - happy new year!!

I think that if I ever had any readers occasionally looking at this thing, they have abandoned it as my posting is so sporadic. I'm continuing to do it though, because I still think it's interesting to document this crazy journey I embarked on. I have made some small changes to the blogs appearance to reflect I guess my own changes and processes.

It's hard to believe, but I will shortly be entering the final semester of my Undergraduate Degree in Early Childhood Education.

It's been an amazing, surprising and fulfilling experience, I have to say. Last semester was a very intense push, maybe the hardest one yet, as I crunched through some heavy coursework, worked on three different research projects, AND did all kinds of applications for going on to different kinds of schools. My favourite would be the Yeates School of Graduate Studies in Early Childhood Studies at Ryerson, where I can continue to look at some of the stuff that's gotten into my head over the last few years - play, risk, playgrounds, kids autonomy and other stuff like that. As I have increasingly become more and more wickedly nerdy about this stuff, and I'm not really finished thinking about any of it, I'd be delighted to keep on keeping on for a while.

So, there. That's what going on right now. I'll post again soon about this semester, to outline what I'll be up to and what's interesting. Until then - NERD OUT!
Posted by Noah at 9:38 AM No comments: Links to this post 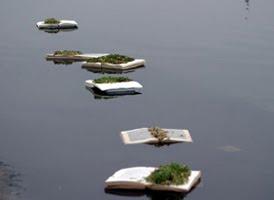